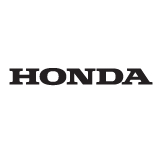 Honda Racing (UK) is a Lincolnshire-based outfit headed up by former racer Neil Tuxworth. It has an unrivalled track record in motorcycle racing, having won no less than four British Superbike Championships from its twelve British titles in total, four World Championship titles and taken 62 Isle of Man TT wins in its illustrious twenty-five year history.
In 2015, Honda Racing (UK) will return full-time to the British Superbike Championship with a new rider line-up including Jason O’Halloran and Dan Linfoot. It also runs the Honda Motor Europe-supported Endurance World Championship team and the road racing squad, which competes in the Northwest 200 and Isle of Man TT.