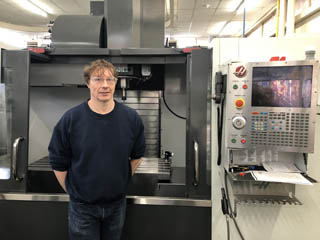 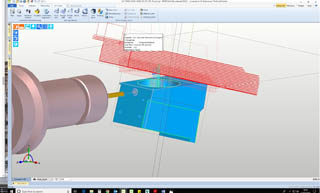 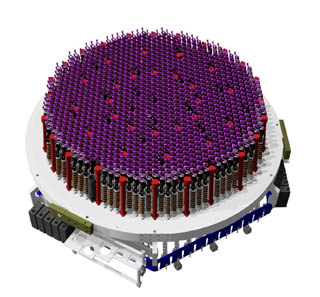 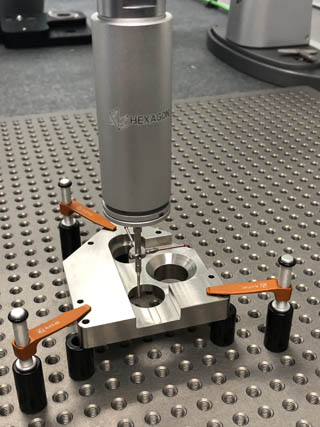 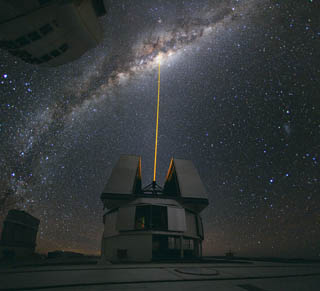 Reaching For The Stars With EDGECAM

The UK Astronomy Technology Center is working on two separate instruments which will teach astronomers far more about the Universe than is known at the moment.

Some of the parts are manufactured using toolpaths created by EDGECAM CAD/CAM software…and are then lined up to high-precision accuracy using a Hexagon Global CMM.

Will Taylor, UK ATC’s Instrument Scientist explains that the instruments will be fitted into the VLT (Very Large Telescope), at the Paranal Observatory, in Chile – one of the most productive ground-based telescopes in the world.

One is known as MOONS – Multi-Object Optical Near-infrared Spectograph – which looks at many astronomical objects simultaneously, while gathering information from them all, at the same time. UK ATC is assembling everything for MOONS at its base in Edinburgh, and he says it’s a particularly novel and exiting project. “It will allow astronomers to look at 1,000 objects at once, and in the infrared spectrum. It’s the first time anyone’s ever combined highly multiplex with infrared.”

Because of the vast distances, the light we’re seeing from stars now, actually set off millions of years ago…and for the first time MOONS will take scientists even further away – possibly round 10-billion light years, enabling them to build a map of a large section of the Universe.

A thousand small robotic positioners lie at the heart of instrument, which will be used to precisely align optical fibres with the target object. Light is then fed along these fibres into the spectrograph, where it is split into three different wavelength channels, before being dispersed to simultaneously deliver spectra in each channel.

EDGECAM and the Hexagon CMM played a major role in producing the highly complex components that will take us further than ever before. Workshop Technician Richard Kotlewski was responsible for manufacturing the majority of the internal components used in the structure containing the Digital Mirror Device. The 75 mm square components for the precise calibration system which forms an essential part of the instrument, took a couple of hours to program with EDGECAM.

He imported the 3D model and drawing into EDGECAM, and decided how to manufacture the part, along with which machine was going to be used. “Then I set up the datum and used EDGECAM’s powerful Feature Finder functionality, and let the software create the perfect toolpaths automatically. It was extremely important that the parts were high precision, as accuracy was absolutely critical for the optical alignment of those parts.”

With the parts being used for holding optics, calibration was vital to ensure the incoming light source goes to the correct place. This was achieved with their Hexagon Global CMM checking bores and positional tolerances of the components in the assembly.

Their other VLT project is ERIS – Enhanced Resolution Imager and Spectograph – which will use the main telescope’s adaptive optics to remove distortion from the atmosphere as they hunt for planets outside our solar system. Will Taylor says: “Effectively, it’s taking the ‘twinkle’ out of the stars; and that’s done with a mirror where the surface shape is adjusted hundreds of times a second, which means the imaging quality is incredibly high, with no distortion in the image at all.”

As a member of an international consortium, each manufacturing specific mechanisms, he says the UK ATC’s role for ERIS was to build the new diffraction-limited camera system that couples on to the optics being produced in Italy.

Richard Kotlewski says some of the camera’s 6082-aluminum parts were produced on their 5-axis Haas VF5 machine tool. “Because of their complexity – the top half is quite thin-walled as we’re restricted on the weight of this instrument – there was around a day’s programming time for each component, and two days machining, due to the amount of material being removed.” He used EDGECAM’s powerful Waveform Roughing strategy to make deeper cuts while creating less stress because of the lower stepovers, but still achieved optimum material removal rates.

There was a different use for the Hexagon CMM on these components. Although they were not producing all of the components for that particular assembly, they were responsible for the overall completed instrument.

“We had to take the parts we’d made, along with parts from other consortium members, and ensure they were accurately aligned.” The mechanisms had to be within ten microns for everything to line up, and they used the CMM to guarantee that.

“This work took over a week. Each individual mechanism was placed onto  shims attached to the optical bench. Measurements were taken to determine the center of the mechanism and to make sure it was square and parallel. Shims were machined to bring the mechanism into the correct position.  The mechanism was then rechecked. When we were completely happy with each one, we placed all the components together and carried out a final optical check.

“Without the CMM we could not have achieved that vital part of the operation.”

Richard Kotlewski concludes: “It’s a real privilege to work on such ground-breaking astronomical  projects – I  create components which provide the capability to study galaxy formation and evolution over most of the history of the universe with unprecedented accuracy.”

Business: Developer of scientific instrumentation and facilities for both ground- and space-based astronomy