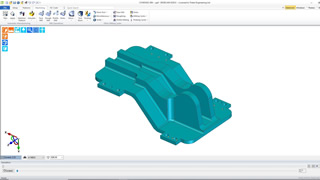 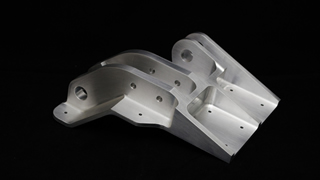 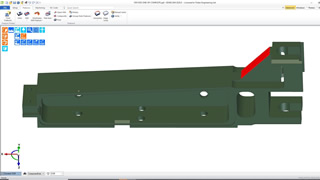 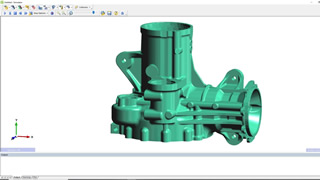 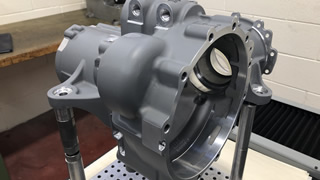 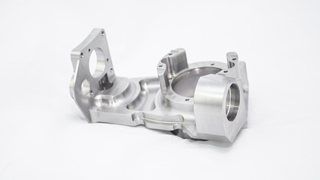 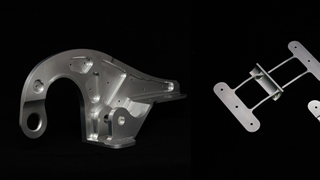 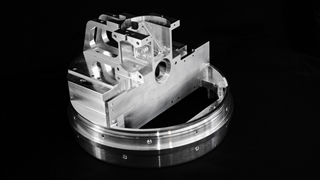 "Done In One" Capability Without Additional Setups is Tridan's Future


“EDGECAM programs all our machines to their absolute top tolerances – we regularly have a 2-micron tolerance on most of our jobs, and we can guarantee that they’re manufactured to that required high precision every time.”

EDGECAM programs a total of 16 Mazak CNC machines, of which six are 5-axis, including a Variaxis i-500 with a Palletech automation system.

One of the biggest challenges facing their production process is keeping up with ever-changing tooling for their range of components across several industrial sectors. For example, they manufacture aerospace parts including frame racks, wing actuators and wing braces for the Bombardier Airbus; motorsport components such as gearbox transmission systems and differential cases for rally cars; along with a number of medical components.  Machine Shop Manager Paul Coupland says: “We work with two main tooling suppliers, ITC and Iscar, and they’re improving their tools all the time. EDGECAM provides us with the optimum machining strategies every time the cutting tool is updated, including those for powerful 5-axis programs.

“EDGECAM programs all our machines to their absolute top tolerances – we regularly have a 2-micron tolerance on most of our jobs, and we can guarantee that they’re manufactured to that required high precision every time.”

The combination of 5-axis machining with the CAM software’s powerful and game-changing Waveform Roughing Strategy has been a major influence on how they now machine their components. Everything is now done with the Waveform trochoidal milling and tooling strategies have changed to take a full flute length cut.

Lead Production Engineer Mark Proctor says they’ve had some spectacular results with it…but admitted they were nervous at first about the prospect of ramping up feeds and speeds and using the full flute length. “When we were told we could machine a piece of S143 stainless steel at eight metre a minute, we thought the cutting tool wouldn’t last two seconds.”

But he says once they saw the resulting faster cycle times, and that the tool was safe from damage, they made the decision to do all their Waveform roughing at the machine’s fastest feed rate. “For instance, we needed a finished component that’s only 20 mm thick, coming from a six-inch S143 round billet, which means there’s an awful lot of metal to cut away. For that job we used a 12 mm cutter for a 24 mm depth of cut, and the job ran for ten hours before the cutting tool needed replacing.”

Overall, the company which is based in the Essex seaside town of Clacton-on-Sea, ships around 9,000 parts a month to customers around the world – anything from small components to workpieces up to 1.6 metres, both as single units and in large batches. And almost every part they produce goes through EDGECAM.

“When we get the model from the customer, normally as a STEP file, we load it into EDGECAM, select the stock, devize the machining strategy, add the tools and toolpaths, and run the program through the simulator. When it comes through that, we use the NC editor to post the program out to the machine via a DNC wireless link, and explain the job to the operator. He then goes to the shopfloor with a setup sheet which shows which tools he needs, and runs the machine.”

Describing 5-axis machining and automation as the way forward for Tridan Engineering, Paul Coupland says their recent acquisition of the Mazak Variaxis with a Palletech automation system adopts both of those aspects. “5-axis is definitely the future for us, as it enables us to machine much faster than 3-axis can, through the ‘Done In One’ capability, without the need for additional set-ups. And the automation system on the Variaxis can manage six pallets, which is perfect for our needs. We can add six pallets at any stage of the operation to keep it going. It also means we can carry out lights out machining. Depending on the job it can run constantly for between eight and 14 hours without any manual intervention.”

Currently operating from 26,000 square foot premises with 66 employees, growing order books mean the company, which was founded in 1968 and now owned by the Langham Group, are now looking to take what he describes as their next natural step. “We’ve recently bought a third of an acre next door, and are planning to double the size of our machine shop.”