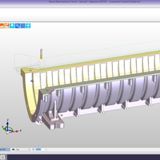 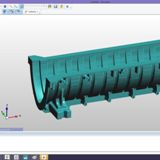 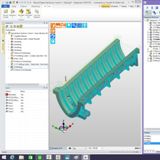 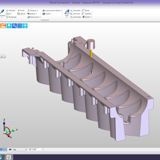 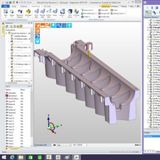 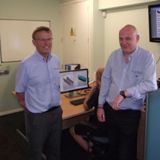 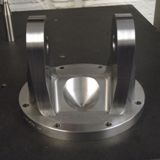 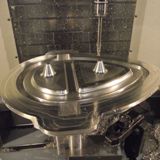 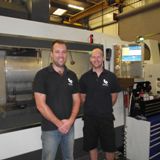 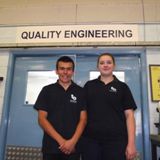 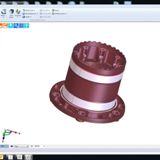 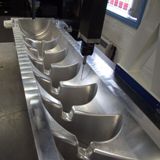 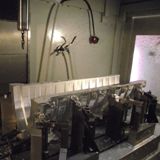 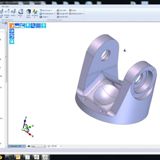 EDGECAM software is playing a pivotal role in assisting a precision engineering company become a growing contributor to the niche market of supplying mold tools to the UK’s rotational molding industry.

Having invested in a further two new Haas milling machines and a new high specification computer to handle the specific requirements of producing rotational mold tools, Turnell and Odell say they simply could not manufacture them without EDGECAM.

“With millions of lines of code it would be a lifetime’s work to do it manually. We just wouldn’t be able to work out the co-ordinates. But EDGECAM does it within a couple of hours.”

CNC Milling Supervisor Lee Billingham says they have recently created two-metre-long rotational mold tools for construction industry pipes which required millions of lines of code. “We needed 1.2-million lines of code just for one operation. It would be absolutely impossible without EDGECAM.”

The Northamptonshire company produces rotational mold tools ranging from 200mm cubes to two metres, for a number of industries including construction, medical and food. Rotational molders create their plastic products by feeding polymer plastic granules into the mold, which is then placed in an oven and rotated, usually around two perpendicular axes.  When heated, the softened plastic is thrown against the sides of the mold and hardens into the rigid product in a cooling chamber. It keeps spinning throughout the heating and cooling cycles.

Turnell and Odell’s Production Director, Kevin Rees, says rotational molding tools are highly complex because a uniform wall thickness has to be maintained. “Anything in the internal features which is going to create the actual plastic product has to be mirrored on the outside, to ensure the wall stays at a constant thickness.”

He says the file sizes are considerably bigger than for normal machining, because of the tools’ complexities.  “The demands put on EDGECAM for the piping molds were extremely heavy, but the software dealt with it so easily that a half-day’s programming for one part of the mold created code for a full 24 hours machining. We always aimed to have the programs ready towards the end of the day, to make the most of lights out machining.”

Customers provide them with models of the finished plastic product they want to make, then Turnell and Odell design the mold tool in SolidWorks by creating a block around it and shelling away to produce the internal features. “We always need to think about shrinkage, and it needs drafting out to ensure the product comes away easily from the tool.

“Once we know that our design will work, we import it into EDGECAM and apply the machining strategies. Then we run it through EDGECAM’s powerful simulator to make sure there won’t be any expensive collisions when we start cutting metal. When we’re happy that we’ll be able to machine the mold tool exactly how we want it, we create the NC code with any chosen post processor.

“It’s one thing to design a mold tool, but EDGECAM gives us full confidence that it can also be machined accurately and quickly. Depending on the size of the mold, the turnaround time is usually between two and 12 weeks.”

Kevin Rees says EDGECAM makes the task of machining rotational mold tools’ particularly complex features, an easy process. “This is because any shape within EDGECAM becomes simple. Even with the most demanding shapes, the only complexity is how quickly EDGECAM can process the information. It handles several millions lines of code just as easily as a few thousand – it just takes a little longer.”

As well as investing in two additional Haas VF4 SS machines for high speed machining at 12,000 rpm, which are perfect for their aluminum rotational mold tools, the company have installed a new six dual-core computer capable of running 12 x 3.5 gigahertz simultaneously, which he says is vital to handle the huge file sizes. It also has a solid state hard drive, 31.9 gigabytes of RAM, and NVIDIA Quadro K4200 graphics card.

CNC Miller Alexey Don has been working on the pipe mold tools, saying EDGECAM not only made the job simple...it made it possible in the first place. “With millions of lines of code it would be a lifetime’s work to do it manually. We just wouldn’t be able to work out the co-ordinates. But EDGECAM does it within a couple of hours.”

With an array of Haas, Bridgeport and Cincinnati CNC machines Turnell and Odell turn their hand to any high precision machining across a range of industries, including food, energy, nuclear, motorsport, food, mining and plastics. They recently gained AS 9100 accreditation and have begun taking inquiries from the aerospace industry.

Managing Director Clive Odell says the company can look ahead with confidence, especially as they develop what he calls home-spun talent through an apprenticeship scheme, having taken on Higher Level apprentices Layla Weaver and Ashley Easton this year. “The average age of our milling department is in the 30s, so we have a good succession plan. And with our growing role in the rotational molding and aerospace industries, I believe Turnell and Odell has an exciting future.”

“With millions of lines of code it would be a lifetime’s work to do it manually. We just wouldn’t be able to work out the co-ordinates. But EDGECAM does it within a couple of hours.”