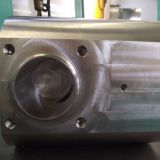 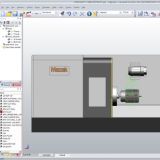 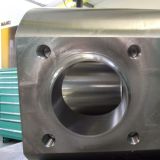 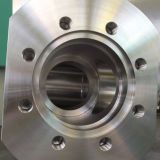 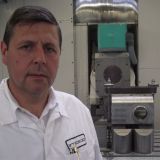 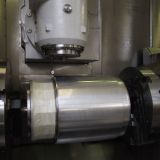 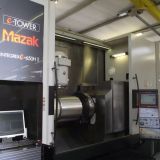 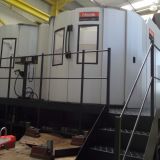 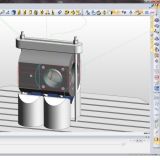 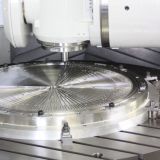 Although post processors are the pivotal link in the CNC manufacturing chain they are the least sexy, according to an engineering subcontractor and tooling manufacturer.
Intoco was originally formed to supply tooling and press parts to the aluminum extrusion industry, but Production Development Engineer Wayne Parkins says since installing EDGECAM as their programming system they now focus more on subcontract engineering producing 5-axis parts for the oil, gas, medical and automotive industries.

“When we were looking to upgrade our CAM system EDGECAM came highly recommended, in particular for the complexity of its coordinate aspects. We couldn’t produce the type of components we work on today without the correct EDGECAM post processors. ”

Complex post processors, especially for their 5-axis Mazak Integrex machines and  3+2-axis Maho, keep Intoco’s Advanced Manufacturing Division ahead of the game, as he says ordinary post processors would not be good enough to produce their energy industry components.
“When we were looking to upgrade our CAM system EDGECAM came highly recommended, in particular for the complexity of its coordinate aspects. We couldn’t produce the type of components we work on today without the correct EDGECAM post processors. We need a system capable of programming complex components like ours, and the post processor to work with that system.”
With a high proportion of their work being turned diameters with added milling, they began to invest in the Mazak Integrex twin chuck range, as Wayne Parkins says they are ideal to set a job blank at the front end, turn it and do all the milling, then transfer into the second chuck in the program for milling and turning there. “Historically we had the job turned on either a manual or CNC lathe, then transferred it to the milling machine. That added a lot of time to the job. When we started with the Integrex range we knew we’d need a better CAM system, and EDGECAM showed us a simulation of machining one of our die parts using a mill-turn post processor.
“Our new adaptive templates have the full machine modeled up, including all the turret and tool movement, showing full machine simulation.”
Intoco have invested more than £2.5m on machines during the last three years – £1.2m alone on their Mazak Integrex e1850V, along with a £500,000 Integrex e650H, £400,000 Integrex e410H and e420H and six Maho MH1600 3+2-axis machining centers, all of which now have complex EDGECAM posts, allowing the machines to perform tasks they weren’t designed to do with their standard proprietary software.
He says EDGECAM’s 5-axis machining capability is a real time-saver. “On a typical job where we might have to cut a taper in an odd shaped pocket with a standard machine using a bull nose cutter going down in little pecks to get a finish, we can easily reduce the time by 30 per cent by getting the tool over, and machining with the whole flank of the tool in one pass.
“I can get the toolpath on a solid model, and the code out of the post processor to the machine extremely quickly. Without these complex EDGECAM post processors it would take a lot more time, even on simple 3-axis work.”
But it is handling 5-axis machining where EDGECAM’s post processors really come into their own. “I run an EDGECAM toolpath through the simulator onscreen, but that’s as far as it goes on the computer. The code that then comes out of the post processor to control the machine has to be absolutely right – if it’s not, then what you produce on the machine is incorrect, or you could even drive the tool into the material resulting in a scrap job.”
He says 5-Axis machining is especially useful for their oil industry valves and medical contracts. “We often need to access bores that are on an angle, and traditionally we had to tilt the job around and set it up at the angle. But with 5-axis machining we can align the tooling with the job and reach into bores for cutting features such as seal slots. And because we’re square on to a job, we can use shorter tooling for any angled faces.
“Ordinary post processors wouldn’t be good enough for many of our components – particularly for the oil industry – once we come away from standard 3-axis X, Y and Z vertical machinery, to where we’ve got 5-axes all moving at the same time.
“Even if we’re just using the B-axis and locking it off at an angle of a hole and drilling a set of tapping’s around the end of an angled hole, it really does help a lot. And it’s one set-up. Once the job’s clamped down we can access so many faces on a job without having to move the job itself. It saves a tremendous amount of time.”
Intoco’s e1850V  was the first in the country, and has the capacity to machine blocks of up to five tonnes. It was purchased specifically to machine drug-processing components of more than two metres in diameter, and now they also use it for aerospace components and large valve blocks for the oil industry.  In total they have around 20 lathes and machining centers and are looking to increase their EDGECAM seats to drive them all.
“Our new adaptive post processors give me the confidence to know that I’ve sent a program to the machine which is going to be absolutely right and not have any collisions. We’ve got the right machines, the right CNC software, and the right post processor which is the pivot of everything. Without the right EDGECAM post my work would be a nightmare. I’d be forever checking this, checking that...it would take so much time that it would eat into the lead time that we’ve quoted the customer, affecting our bottom line and profitability.”

"When we were looking to upgrade our CAM system EDGECAM came highly recommended, in particular for the complexity of its coordinate aspects. We couldn’t produce the type of components we work on today without the correct EDGECAM post processors.”
Wayne Parkins, Production Development Engineer