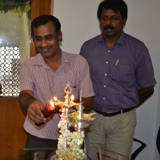 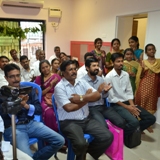 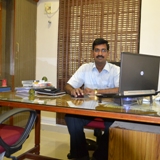 EDGECAM’s Indian reseller, Kriatec, have moved into new 1,300 square foot offices in Chennai, which are almost three times the size of their old premises.

As well as accommodating an increase in staff to manage their expanding business, the office suite also houses training and conference rooms. The latest addition to their staff includes EDGECAM customer support executives for Southern and Western India – Kriatec now has 23 employees.

Kriatec Director Ajitha Prabu.G says: “India is becoming a global hotspot for manufacturing, and our new offices will help us provide EDGECAM users with the software and support they need to grow their businesses.”

EDGECAM has always been Kriatec’s major focus, with the company – which was established in 2009 – supplying the software, along with training and implementation services and post processor customization, and a range of cutting tools and electronic devices, to a customer base of around 1,000 businesses, universities and colleges. While EDGECAM has always been in demand from the production machining and education sectors of Southern India, Ajitha Prabu.G says it is becoming increasingly popular in Western and Northern India, where Kriatec now have regional offices.

“Its popularity is growing because it’s so easy to learn and use, through the specific training modules for both the novice and mature users, and Kriatec’s online support tools.”

The move has helped strengthen Kriatec’s business, as they own the new premises, whereas they rented previously. Kriatec designed the new offices to include energy saving and rain water harvesting.