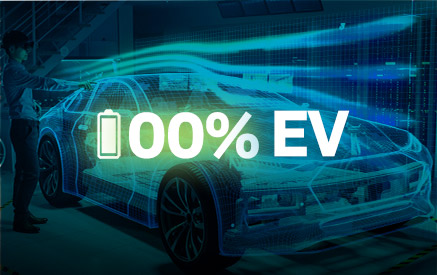 Discover our holistic approach to eMobility

Plug in to progress 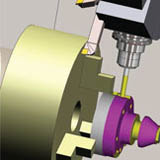 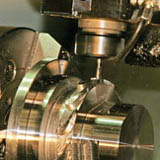 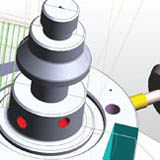 The use of tail stocks, steady rests, sub spindles, twin turrets along with C Axis, CY Axis and B Axis are regular features on today’s Multi-Task machine tools. In this collision rich environment, the programming of these machines is made simple and safe utilizing EDGECAM’s turning and milling combinations in a single environment.

With the addition of 4 and 5 axis simultaneous milling, the simulation of these machine tools is made even easier.

Features at a glance:

Mill/Turn Simulation EDGECAM offers a full kinematic Simulation package. All the cycles and movements are supported along with the full graphics of the machine, tails stocks and steadies meaning peace of mind as the part is fully tested before reaching the actual machine tool. The simulator being a very powerful tool in its own right offering full collision detection including many display options allowing the user full control over every aspect of the simulation. Feedback is given to the user showing which commands are being simulated, this will also display which elements of the program may have caused issues. Comparison tools will confirm the part is being machined as expected before outputting to CNC code to the machine tool.

4/5 Axis Simultaneous Mill Turn machines have many uses and allow much more flexibility and capabilities not offered from other machine configurations. With this in mind many of these have multi axis, upper turrets, lower turret, CYB and Sub Spindles.

EDGECAM uses the latest cutting technologies and machine cycles and with this offers 4/5 Axis simultaneous milling options. For many industries this is becoming a must have option on a mill turn machine tool.

EDGECAM offers a wide range of 4 and 5 axis Operations and Maximum control in its cycles, with the Advanced 5 Axis options allowing even greater potential.

With the addition of 4 and 5 axis simultaneous milling the simulation of these machine tools and fixtures is made easier, even for experienced manufacturing engineers.

B Axis Head Support In a Mill Turn environment EDGECAM fully supports the use of B Axis head work whether working on single spindle or sub spindle machines.

EDGECAM for B Axis lathes offers the following main features:

Upper/Lower Turret 4 Axis Turning The Four Axis turning option in EDGECAM allows major advantages and functionality which is not always easily achieve at the machine control. EDGECAM programming techniques allow you to use more than one turret at the same time in the mill turn programming environment. This means you can use two fixed cutting tools in the same cycle by using a number of Four Axis commands from the Cycles menu.

EDGECAM supports the use of Upper and Lower Turret configurations and will support simulation of these including features such as: